Time to test the HiFiBerry as well. 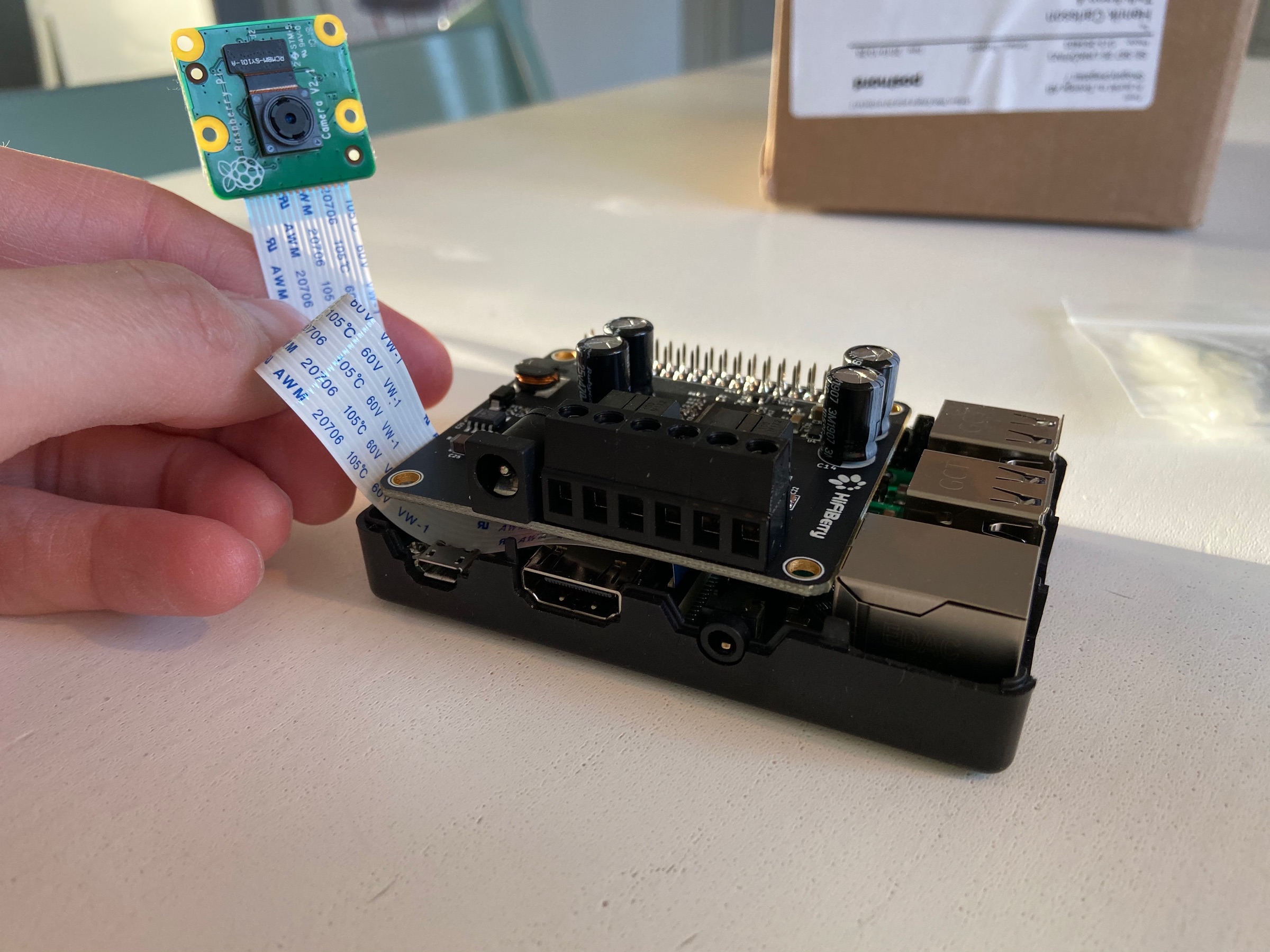 The Raspberry Pi Camera module does seem to work for the music player, but it did cause me some headaches initially.

The first problem I encountered seemed to stem from a sloppy physical installation of the camera. Once I removed it from the Pi and inserted it back in, it worked.

The second problem seems to be that by default the camera cropped the sensor data, so the QR code couldn’t be read as close to the camera as I wanted. Adding --prescale=640x480 as and argument to zbarcam appears to have solved the problem.

It appears that I was quite good at documenting my work on the music player, so I’m up and running again now.

Previously I’ve used an old USB webcam (actually a PlayStation eyeToy Camera) as the scanner and it has worked fine. However I wanted something different in the long run, so yesterday I bought a camera module for the Raspberry Pi.

The main thing I’m doing tonight, apart from getting back to where I were, is to test whether this particular camera works or not. So far it has not been plug and play but maybe it was foolish of me to expect that. As I’m writing this I’m doing a apt-get update and apt-get upgrade and then I’ll have to do some configuration in raspi-config.

Linn and I finished watching Stranger Things Seasons 2 and 3 yesterday and since we don’t have any other show queued up, now seems like a good time to resume my work on a music player for the kids.

Right now I’m mostly trying to figure out how far I got the last time I worked on it.

I made a slight mistake in a previous post. There needs to be two lines in the terminal to play from Spotify:

Right now is my favorite time of the year.

The kids are asleep after a long day of playing in the sun and I’m sitting on the deck, programming and blogging.

Apparently it’s more or less impossible to install additional software on an instance of Pi MusicBox, so I’ll try to get Mopidy working on a ”vanilla” Raspian Lite instead.

My somewhat ridiculous setup for listening to music outdoors today; a Raspberry Pi running PiMusicBox and Spotify Connect connected to an external speaker and being powered by a power bank.

More progress on the music player for the kids

Slightly simplified the music player for the kids has two jobs:

At the moment I am able to set up separate tests for the two jobs and both works, on there own. The problem is that I’m currently not able to set up MPD with Spotify and the zbar tools at the same time. It seems to have something to do with different operating systems and/or other kinds of conflicting requirements that I need to lock into.

For the tests right now, I use standard Raspbian plus zbar for bullet point number one and Pi MusicBox for point number two.

For my own memories sake, this is the very simple (and probably quite brittle) shell script that I’m using for bullet point 1: