Fall; or Dodge in Hell

Henrik Carlsson posted this read on 07 jun 21 and tagged it with Ameristan Fall; or Dodge in Hell Neal Stephenson Reading 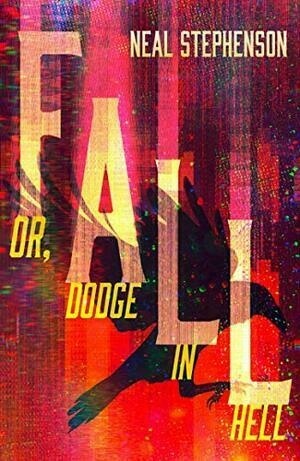 Today I finished listening to Fall; or Dodge in Hell. It was quite a thrill ride but I wouldn’t mind if it had been just half or 2/3 as long. Longwinded digressions and extreme detail seems to be a hallmark of Stephenson and a lot of times it does help build the world but at times it gets tedious.

Before I make it sound like I didn’t like it, let me make it clear that I did. I liked it very much. Parts of it was great.

In Stephenson’s own words it’s two books in one. One is a near future techno-thriller and the other one a high fantasy novel. The techno-thriller is about the unexpected death of Richard ”Dodge” Forthrast whose brain gets scanned and ”rebooted” in a digital afterlife called ”Bitworld” and the goings on in the physical world around that afterlife. The high fantasy part is what takes place in ”Bitworld”.

With that out of the way I’m going to dive into specifics about the plot so stop reading this blog post and start reading the book if you want to avoid spoilers.

The techno-thriller part is simply amazing. Here the details and wordiness is nothing but positive and results in a believable and interesting near-future. I especially like the parts with the alleged nuking of Moab and the adventure into ”Ameristan”, rural parts of America where the idea of truth and science has more or less disappeared completely in the wake of what we today call fake news. That seemed like the premise of one truly great 350 pages book. Honestly, I think everybody should read the book at least for this first part. If it doesn’t work for you, stop once Dodge’s brain is ”rebooted”.

That’s the next part, the part where Dodge is ”reborn” as Egdod and creates ”Bitworld”. It’s a grand creation myth that is at times entertaining and at parts indulgent. The first stream-of-conscience part where Edgod emerges from the noise of the simulation though is great writing.

Later comes the part that I didn’t care for at all, the part about Adam and Eve. That is where I stopped the book for quite some time and felt a lot of resistance to taking it back up again. I imagine that’s where @jack got stuck, 500 pages in. The good news is that if one pushes on, it get’s better. Once the Lord of the Rings-esque tale of Prim begins I was hooked again.

I was wondering how a book like this could conclude. How does one end this kind of story? In the End Stephenson managed to wrap it up in a suitable way, without it feeling too contrived.

So that’s it. Again, you should all read this book. It’s not the greatest book, but it’s very interesting, quite topical in the world today, and entertaining.

Side note: If you, like me, read the parts about Moab and the road trip through rural America, and watch Folding Ideas’s ”In Search of a Flat Earth” video more or less simultaneously, you will see the dystopian fantasy of Ameristan doesn’t seem at all like a fantasy.

Henrik Carlsson posted this note on 06 jun 21 and tagged it with Fall; or Dodge in Hell Neal Stephenson Reading

The reading continues. After finishing Life 3.0 I resumed my listening of Neal Stephenson’s Fall; or Dodge in Hell. This one is a wild ride. Such an interesting premise and great start, then kind of slow for while and know (Prim’s journey) it’s great again.