This was originally planned to be a post about me trying out a new tech setup for getting work done, but as I kept on writing I realized that it would need to be broken up into multiple parts, so this is more of a prolog. 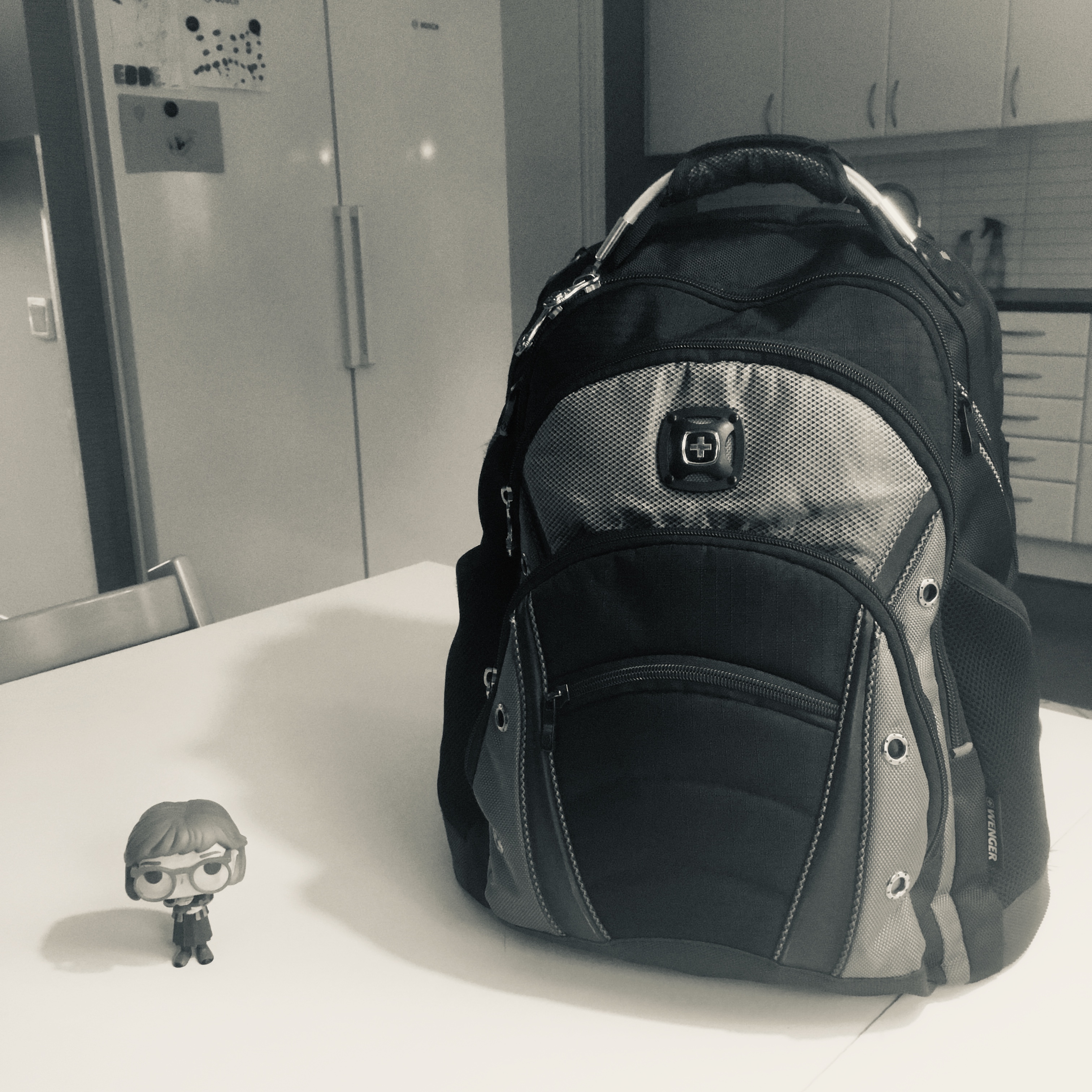 This is my backpack. (Nerdy Log Lady for scale.)

It’s not fancy or elegant but I like it. A lot.

Mostly I like it because it contains all the things I use to get my work done. Most importantly it contains my computer and its various peripherals.

When it comes to getting my work done, a real computer has always been my tool of choice and for as long as I’ve had my current job, that computer has been a MacBook Pro.

I also like my computer. A lot. It’s the last of its kind, really. It is the 2015 15″ Retina MacBook Pro model that was sold up until last summer, which was when I bought this one. It’s the tool that I use for most of the things involved in my job. I do carry a physical notebook and a pen quite often and use it to scribble down my thoughts but it is the computer that is the main work machine. 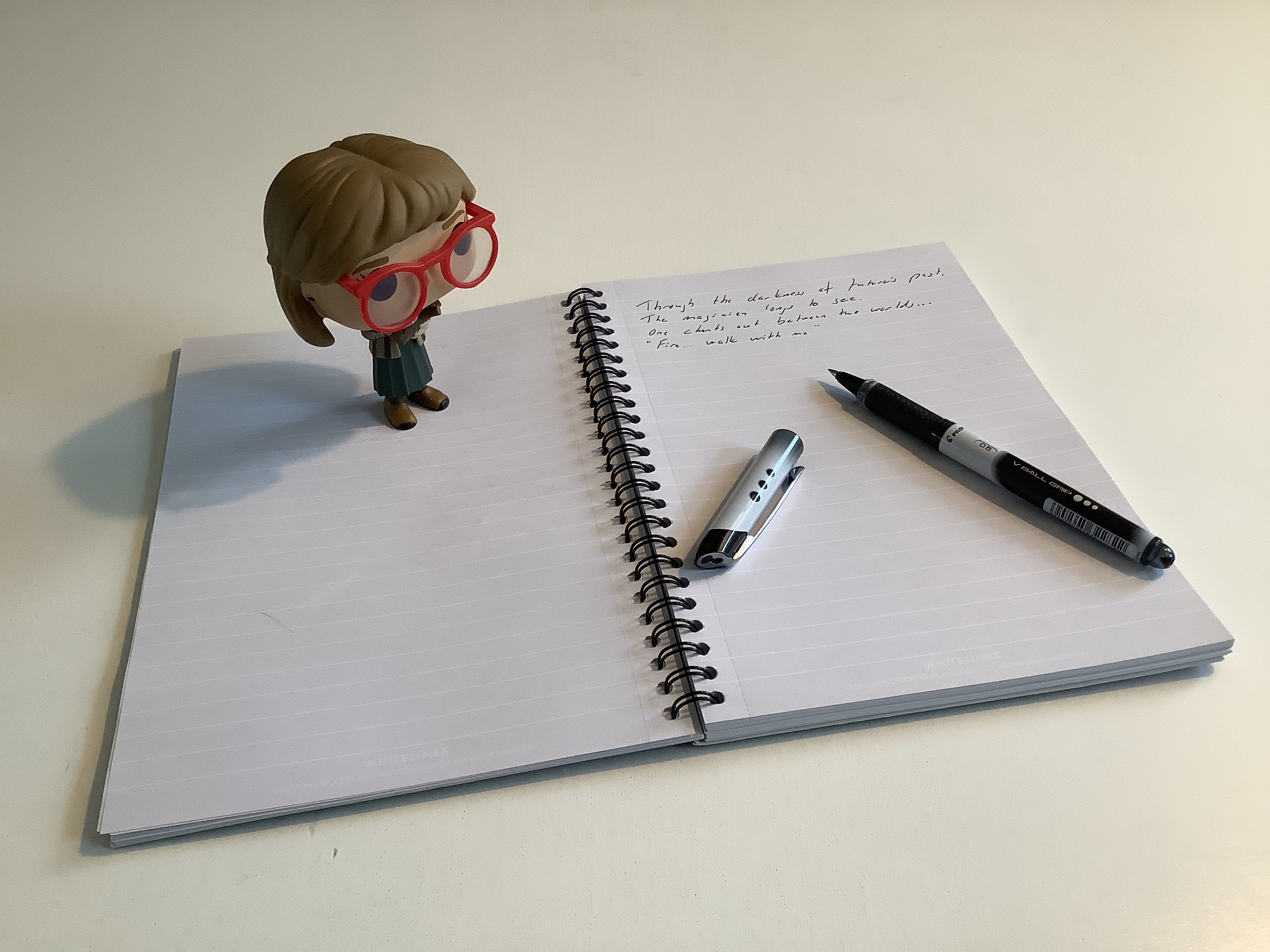 There are other things in the backpack that help me get my work done. In fact, I have a thirty-eight (38) items long checklist in OmniFocus for the things that should ideally be in the backpack. The notebook and pen I just mentioned are two of the items on the list. A charger for the computer is another one. There’s also an external hard drive, adapters for Thunderbolt to Ethernet, Thunderbolt to FireWire 800, a FireWire 800 cable(!), a FireWire 800 to 400 adapter(!?!?), Mini DisplayPort to VGA, Mini DisplayPort to HDMI, an Ethernet cable, all kinds of USB cables, a PowerBank and adapters for camera and microphone mounts. Oh, and an umbrella and various non-prescription medications. 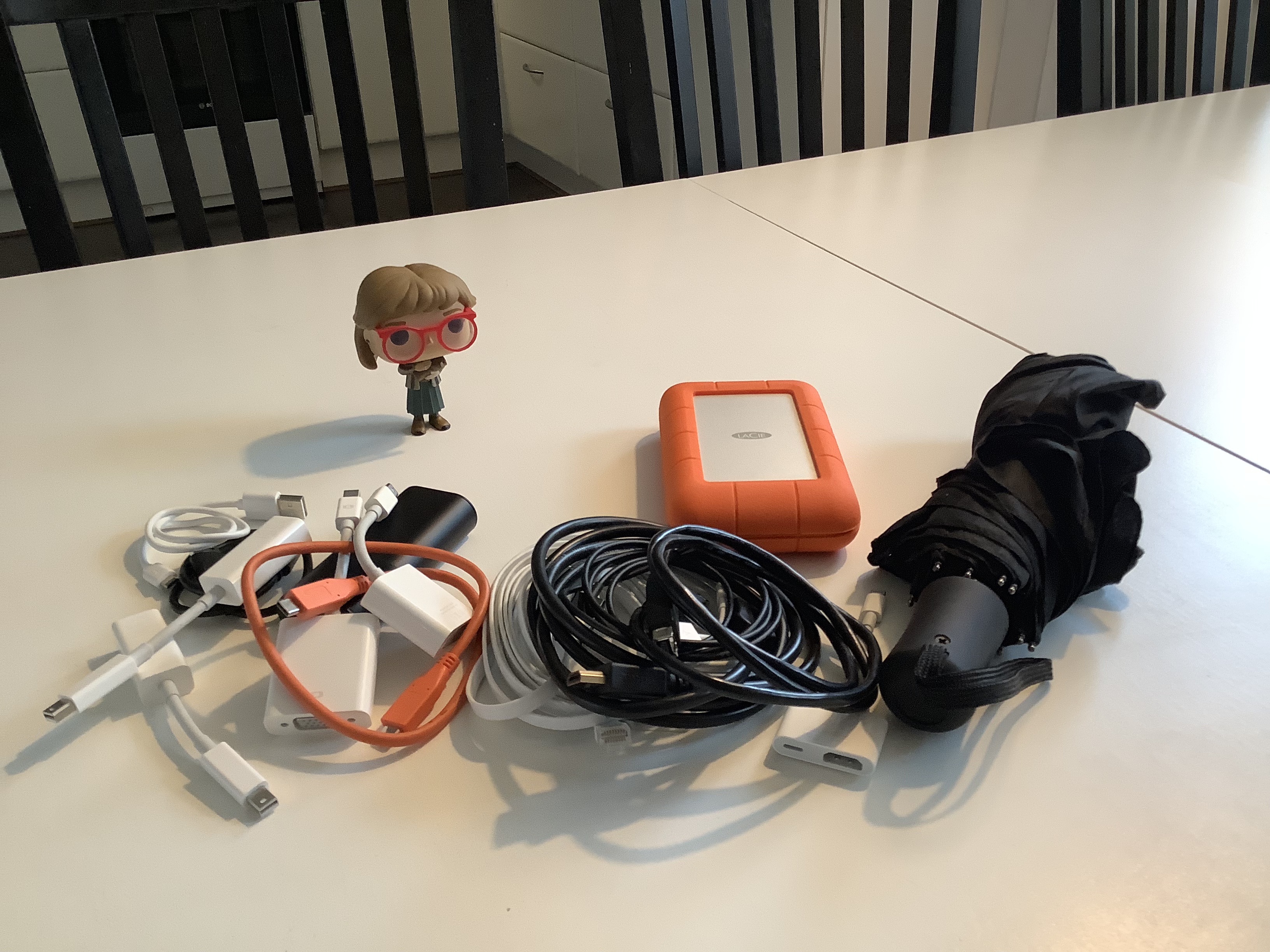 (Just some of the stuff is actually in the picture.)

And that’s just the basic configuration of it. Some days I might carry another external hard drive, or maybe a iPad Air. And most days I carry my lunchbox in it as well.

In many ways this is a really good setup. The bag is heavy, but most days I sling it on one shoulder for the twenty steps walk to the car, dump it in the passenger seat next to me where it rests while I drop the kids off at preschool and then drive to work. Arriving at work I take a similar twenty to forty steps walk with the backpack on my back before arriving at my office and dumping it on the floor where it will rest until I walk back to the car and drive home.

The computer is also heavy, but it lives its life mostly either docked to an external display and keyboard and trackpad at my office at work, in a similar arrangement at my home office, or in the backpack being transported between work and home.

This setup is also good for travel, because as long as I have the backpack with me I have everything that I might need to get work done with me. There’s nothing1 that I need to do that I can’t get done.

This setup is also really bad for travel because it’s heavy and, even worse, bulky. It takes up a lot of space in the car. That’s not a problem when commuting to work but when I actually travel somewhere by car it’s often with the family and that always means there are a ton of stuff being packed already. My backpack just adds insult to injury, and for all kind of travel that’s not commuting, it is always just one of my bags. I’ll always need to bring at least one more bag for clothes and toiletries.

Heavy and bulky is also applicable to the computer unfortunately, which is why it is not a solution to get a smaller bag and pack less stuff in it, as long as the computer is part of the stuff being packed. If the computer should be brought, the backpack in question is the best way to bring it because even though it’s heavy and bulky it sits nicely on my back.

But maybe there’s different way to do this… 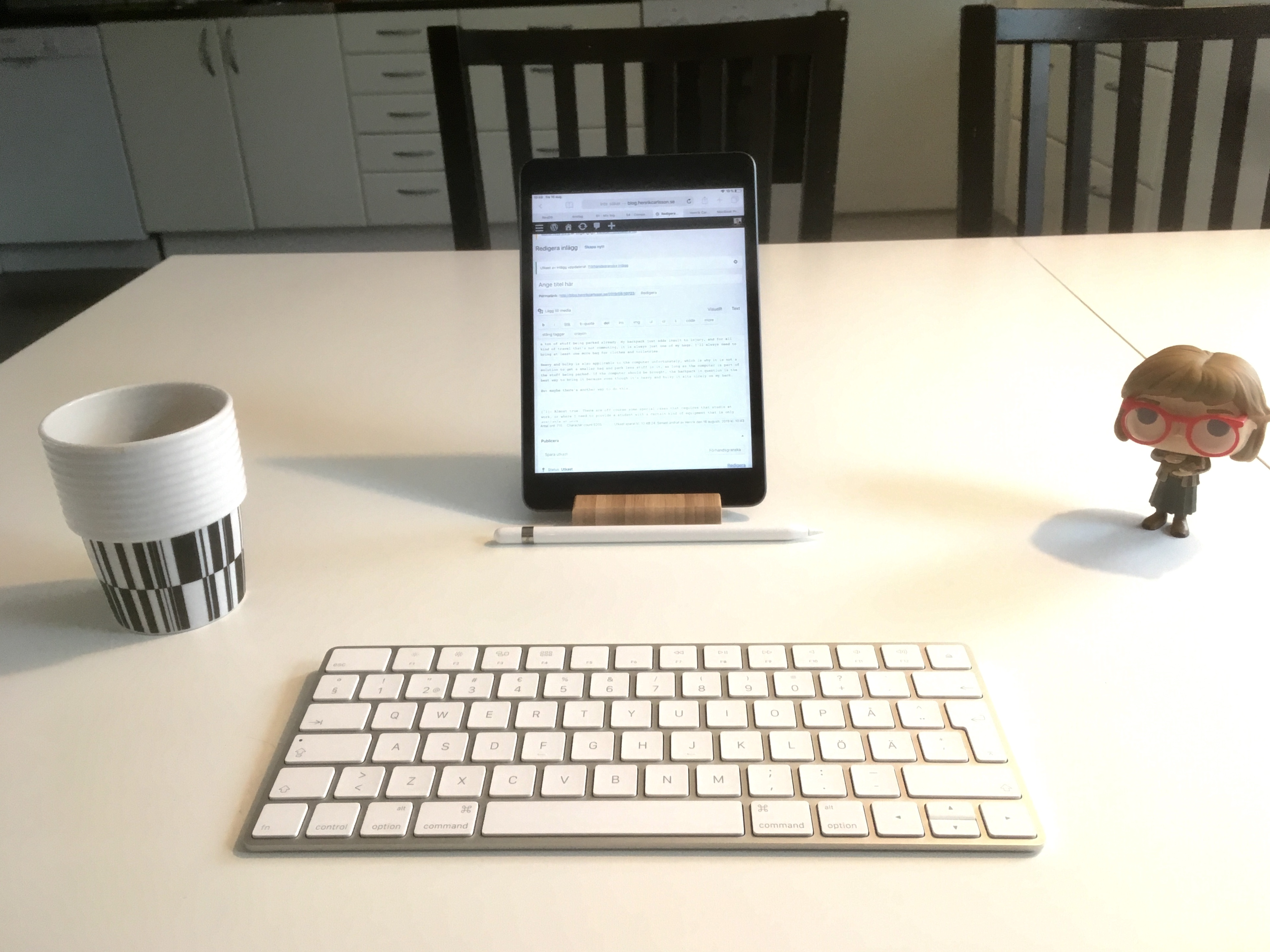