Even though my work concerns pro audio a lot, the Thiele-Small Parameters are something I’m more or less not familiar with at all. But if I read this guide and the specs for the drivers I intend to use for the πiFi Music Player, this means I need to build a completely sealed enclosure with a volume of at least 1,8 liters.

Apparently I haven’t blogged about, and therefore not really done anything about, the πiFi Music Player for over a year. I’m changing that right now.

I’m filing these away here for now. They will likely be the speakers of the πi Fi.

Yes, this tutorial more or less works for me now. The more or less part is that the values I read is quite unstable. I wonder if that is because I’m not using a proper power supply for the Pi. I need to investigate further another day.

The plan right now is to 3D print a sort of beta enclosure for the πFi Music Player. Maybe the final product will have an enclosure built out of wood and/or metal, so maybe this is just a temporary solution but it at least gives me something less brittle than a couple of Lego bricks to hold it together while I experiment with it.

We have a 3D printer at work that I can use but I’ve never 3D printed anything, nor have I 3D modelled anything so I have quite some learning to do.

A friend recommended that I’d use Fusion360 because it’s a very capable program that’s also free for academics. I downloaded and opened it, and quickly closed it again because it felt like something completely alien to me.

The same friend then recommended this tutorial on Fusion360 to get started, and while I haven’t applied what I saw in it yet at least it feels like I now know somewhat where to start.

Tonight I tried to get the volume control working for the πFi. I followed a guide on how to make it, but I failed miserably. I’m still not sure what it is that isn’t working, and that’s the problem.

I have zero prior experience with using the GPIO’s of the Raspberry Pi, and using them while using the HiFiBerry makes it even more complicated so I need to rethink this.

I’m going to place an order for a proper break-out board for the GPIO and some additional components to be able to breadboard and try things out, and I’ll need to put the physical controls part of the project on hold until that has been delivered.

Soldering a bit to see if I can get the Pi to read the changes in the potentiometer and use it as a volume control. 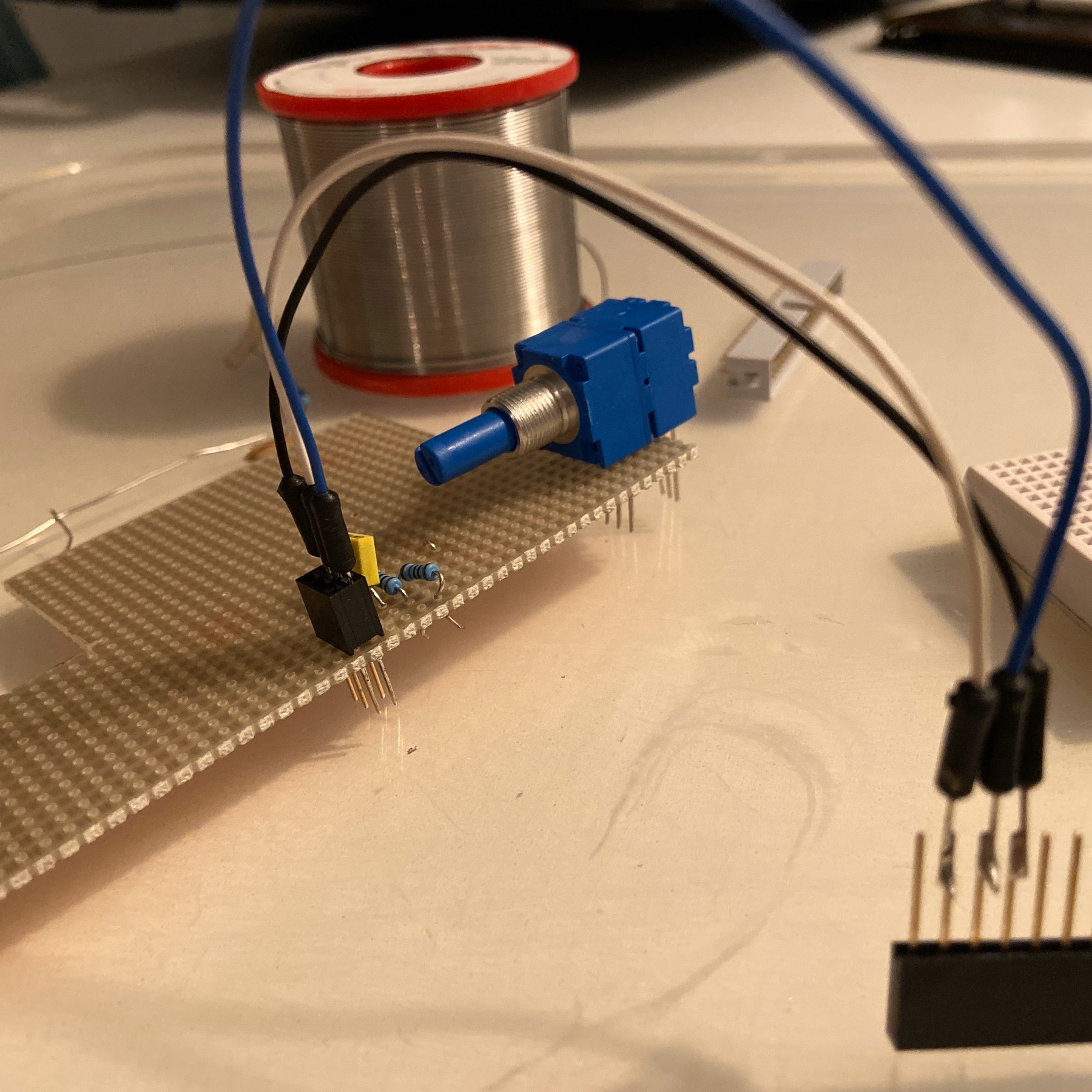